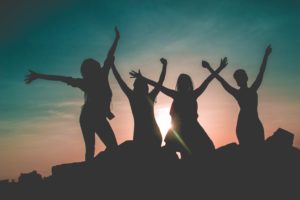 Hannah Gadsby is extremely popular since her show Nanette has been on Netflix. In it she says so many things that are so wise. And I want to pick up on what she says about being gay and being homophobic in an interview. Here is the link to the interview on The Weekly.

She says that you can be gay and hold anti-gay views and beliefs – and that can be soul-destroying because you are negating your identity and feel ashamed for how you are.

If you are heterosexual you may not have thought about how it is that gay people can be anti-gay. Maybe you have and that is truly great.

Because my blog is for Mums, motherhood and maternal experience, I want to draw the analogy between what she says and how it relates to being a Mum. We can be Mums and hold anti-mother views and beliefs. We might not only hold them, we might sustain those views and beliefs about mothers. Recently I heard a Mum use the term “maternal narcissism” to describe another mother. I didn’t even know that term existed. I didn’t do clinical psychology for very GOOD reasons, one of them being using terms like that.

Please start challenging those ideas, those views and those beliefs. When someone talks negatively about a mother, ask them where the idea that the mother should do differently comes from. Ask them whether they would say the same about a father.

Sometimes I use humor provocatively. When someone complains that a mother isn’t keeping her child quiet, I propose that she should stay at home and not go out with the child until it’s ten years old. It would be SO much quieter if there were no children around, especially in swimming areas. I hope you get my gist. Be provocative, use humor and say it with a deadpan face.