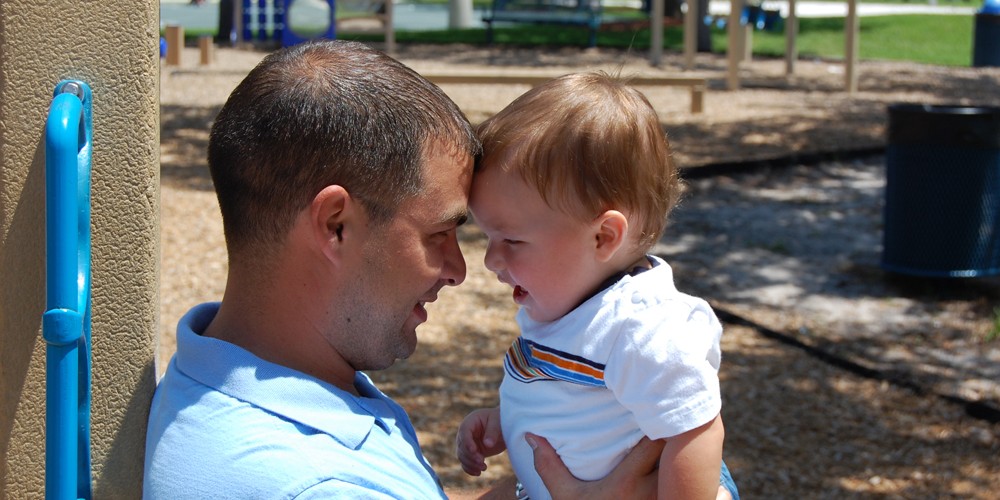 Today in the Swiss-French newspaper, Le Temps, Markus Theunert, president of the association Männer (men.ch/masculinities.ch) argues for “more men in childcare centers” (crèches). He also argues the right of men to part-time work and parental leave in Switzerland. A brave man.

I’ve come across in the past year (in my life as an executive coach) other young men who have become fathers and who were given one day off for the life-changing event. It made me think about the day I gave birth (luckily programmed for 9:00 a.m. on a Monday) which allowed the new Dad to just pop back into the office in the afternoon. He then worked through the week and picked us up on the weekend. Terribly practical.

The young fathers I have talked to say that they know that having a good relationship with their children depends on “doing things” for them and with them. Kids somehow don’t know how to feel grateful that their Dads spent so much time at the office, away from them. These young men say that they want to have better relationships with their kids than they had (as kids) with their Dads.

I knew a woman manager who took a week off work once a year and went away with her mother, leaving her husband to look after the children. That way her mother couldn’t replace her in the home. I thought it was brave of her to do that. My paediatrician always recommended it to me. Maybe it was brave of her husband. It certainly gave him an opportunity to take care of the kids, maybe he had to learn how to do certain things. (Maybe the kids were really badly dressed that week.) But you know what, so did his wife. In fact everyone has to learn how to take care of kids. It’s nothing to do with your gender.

Another woman went away for two weeks and left her mother and her mother-in-law at home with her husband and their child. That would be my idea of a bad time. I can’t think that I would have liked to have my mother and my mother-in-law (may she rest in peace) with me to take care of the children for one week, let alone two. That would have required a totally different kind of learning curve.

We use cookies on our website to give you the most relevant experience by remembering your preferences and repeat visits. By clicking “Accept All”, you consent to the use of ALL the cookies. However, you may visit "Cookie Settings" to provide a controlled consent.
Cookie SettingsAccept All
Manage consent

This website uses cookies to improve your experience while you navigate through the website. Out of these, the cookies that are categorized as necessary are stored on your browser as they are essential for the working of basic functionalities of the website. We also use third-party cookies that help us analyze and understand how you use this website. These cookies will be stored in your browser only with your consent. You also have the option to opt-out of these cookies. But opting out of some of these cookies may affect your browsing experience.
Necessary Always Enabled
Necessary cookies are absolutely essential for the website to function properly. These cookies ensure basic functionalities and security features of the website, anonymously.
Functional
Functional cookies help to perform certain functionalities like sharing the content of the website on social media platforms, collect feedbacks, and other third-party features.
Performance
Performance cookies are used to understand and analyze the key performance indexes of the website which helps in delivering a better user experience for the visitors.
Analytics
Analytical cookies are used to understand how visitors interact with the website. These cookies help provide information on metrics the number of visitors, bounce rate, traffic source, etc.
Advertisement
Advertisement cookies are used to provide visitors with relevant ads and marketing campaigns. These cookies track visitors across websites and collect information to provide customized ads.
Others
Other uncategorized cookies are those that are being analyzed and have not been classified into a category as yet.
SAVE & ACCEPT